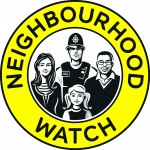 If you wish to join up to the Waldringfield Neighbourhood Watch scheme please download the form below and send it to email: Waldringfield NW, giving your full name and address. Or subscribe online at waldringfieldnw-subscribe@yahoogroups.com

Felixstowe Safer Neighbourhood Team:
The contact details for this area are:

If you need immediate assistance always dial 999. You should dial 999 when life is threatened or people are injured, or if there is a crime in progress or an immediate police response is necessary. Please also be aware that 112(International number) and 911(American number) also work as emergency numbers in the UK, and will be answered by English speaking operatives. 999, 911 and 112 will work from landlines, and mobile phones, whether there is signal or not and they will also work from mobile phones that appear to have no battery life left.

Further information can be obtained from the Neighbourhood Watch - Ourwatch website where you can sign up for your own alerts if required.

Would you like to deter cold-callers from your home?

You can download this notice to put in your door/window to let cold callers know that they are not welcome.

Latest Advice re Protecting yourself against Heating Oil Theft

To report a problem direct to SCDC, related to any of the topics listed below:

Police Connect is a messaging service connecting you to the very latest policing news for your area via e-mail, text or phone.There is no charge for this service - all messages you receive are free. You can register to receive information about the issues that most matter to you and be among the first to be alerted by police in the case of an emergency affecting your area.

The service will give you:

Is an inniative provided by the Crime and Disorder Partnership to support vulnerable and elderly people. It helps by providing assistance with small jobs ie keeping a garden looking orderly and well kept to prevent them being targets for scams and bogus callers.
Click here for more information.

Neighbourhood Return is an innovative service to help address the problem We want to make contact with people affected by memory problems before they go missing. We know that not everyone does - 67% of carers we spoke to in the summer said the person they care for has never been missing before. But we are there in case they do. And of the 12 people reported missing to us so far in 2013, 12 were returned home safely.

James Maddan, NHWN Chair, comments: “The Neighbourhood and Home Watch Network is all about building community capacity to respond to issues affecting residents safety. It should also relieve some pressure on local police forces who may otherwise be called out to look for a missing dementia sufferer.”

You can find out more about the service and register as a volunteer, a carer or just to receive updates at:www.ourturn.org.uk.

You can also find out how to meet a volunteer, a carer, and a person with dementia, and find out exactly how a successful search operates from each of their perspectives.

The Safe and Sound Group promote the Nominated Neighbour Scheme across Suffolk.
The scheme involves people using a unique card if an unexpected caller comes to the door of an elderly or vulnerable person.
The card will refer the caller to a 'Nominated Neighbour' who will come back with the visitor and supervise the visit.
The idea is that when an unexpected caller comes to the door the card should be passed through the letterbox, shown at a window or through the gap in a chained door.
The occupant will be encouraged not to enter into a conversation with the caller or open the door, but to just hand over or show the card. It is hoped this will deter a potential bogus caller immediately and they will leave the area. A genuine caller will not mind following the instructions on the card.
Volunteers are sought from the community to act as a Nominated Neighbour for elderly or vulnerable people living near them.

Suffolk Police are joining forces with online property database Immobilise to help keep property safe and reunite stolen items with their rightful owners across the county.
Many items of identifiable property are either lost or stolen each year. By taking the time to register property on the Immobilise database, people can take a positive step towards reducing the crime, as their property would be identifiable to all law enforcement agencies across the country. This in turn will help the police reunite property to their lawful owners and will also help to catch criminals.
Almost any possession with a serial number can be registered for free, including:
Mobile phones
Ipods, other MP3 players and games consoles
Laptops, computers and PDAs
Satellite navigation and in-car equipment
Bicycles
Watches, jewellery, art and antiques can also be registered for a small fee.

Users who upgrade can also add photos and certificates of ownership to their account.
The Immobilise data base can also be used before purchasing second hand electrical items. By checking the CheckMend facility on the website before buying, it is possible to identify a stolen item. The message is to never buy any item that has not got its serial number displayed, as there is no reason why they would need to be removed legitimately.

Suffolk SAFEKey is Suffolk Constabulary's keyholder service that gives people the opportunity to register nominated keyholders for a home or business property. A keyholder is someone trustworthy such as a friend who lives nearby and has access to the premises in the owner's absence.
Having nominated keyholders helps ensure that should an incident happen at a property, the police are able to contact an appropriate person, helping to ensure greater peace of mind that an incident can be dealt with as swiftly as possible by Suffolk Constabulary.
There are many benefits to Suffolk SAFEKey including; storage of a maximum of four keyholders for business premises and two for a residential property; secure and encrypted online management of your registration via a dedicated website 24 hours a day; devoted customer support team open during office hours; storage of information relating to hazardous materials or other potential dangers; details of a preferred plumber or window boarder/ glazier and many more.
As Suffolk SAFEKey is an additional service offered by Suffolk Constabulary, there is an annual fee. To cover the cost of protecting your data and maintaining the system there is an annual charge of £12 for residential and £35 + VAT for business registrations. To register a property visit: http://www.suffolk.safekey.org.uk/
or contact the registration hotline on 08444 121 802

Fearless is the new youth brand that introduces young people to the service offered by Crimestoppers.

The site includes non-judgemental information on crime. It also features resources for parents and those working with young people.

Action Fraud is the UK's national reporting centre for fraud and Internet crime where you should report fraud if you have been scammed, defrauded or experienced cyber crime. They provide a central point of contact for information about fraud and financially motivated internet crime.

Anyone who suspects a scam, or who has been the victim of a scam, is always advised to report it to the police on www.actionfraud.police.uk or 0300 123 2040. However, it is always better to take preventative action where possible and it is good to know what to look for to avoid being taken in, as well as to advise friends and family members when necessary.

They also provide information packs, including a DVD, which cost £7 per pack, and free downloadable posters which you can access at www.thinkjessica.com/posters.htm.

For a cost they will supply bulk orders to a group or organisation, which can be personalised with your logo and local contact details if you wish - contact Think Jessica at the address above or on advice@thinkjessica.com to discuss your requirements.

BT has launched a new free service to all its landline customers to block nuisance phone calls.

BT Call Protect is a call diverting service to prevent nuisance calls and is available for free to all existing and new BT home landline customers.

To activate the free service call 0800 389 1572 from your BT landline or sign up via BT's Call Protect webpage: www.bt.com/callprotect

Once you sign up, it can take up to 24 hours for Call Protect to start working.