On Tuesday 18th October around 170 people took part in the Waldringfield Torchlight Procession, to celebrate the start of Winter. The evening started with a pumpkin party at the village hall where residents showed off and shared their pumpkin creations, made from the pumpkins that were to line the procession route to the river. Soups, muffins and cakes filled the tables and were demolished with surprising speed. Local resident Kerry Ehret's cakes receiving particular praise!

At 7pm on the dot, David Gillingwater, from suffolkpiperhire.co.uk (from Woodbridge) arrived to surprise the crowds and piped the procession down to the beach through the village past pumpkins and lit gardens. Liz Lord, from Waldringfield said “It's lovely to see all the families out and the procession down to the river was amazing'. Organisers had pulled out all the stops, decorating the beach lit with chinese lanterns and pumpkins. ‘It looked magical', said local resident Caroline Blackmore, whose children Catherine, Thomas and James were adding to the atmosphere with sparklers and lanterns. Village storyteller, Gareth Thomas from Deben Lane, enchanted the hushed crowd on the beach with the fable of local fisherman John McGee and then the (wire-free, 100% degradable!) sky lanterns were released over the river to the backdrop of the piper who played, backlit from the lookout above the beach.

At 7.40pm a call was put out for all the young children to head to bed, which was met with the only boo's of the night! At which point the piper lead them and their parents off the beach back up the hill. Locals who weren't required to be tucked up in bed by 8.30pm drifted into the Maybush Pub for an impromptu get together and much needed light refreshment. “I'm counting the sleeps until next year!” said Benjamin Griffiths, 7, from Waldringfield. As are many of the older residents. 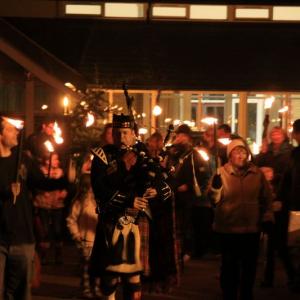 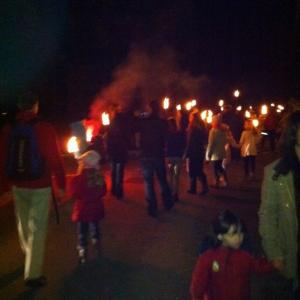 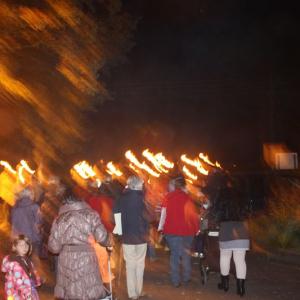 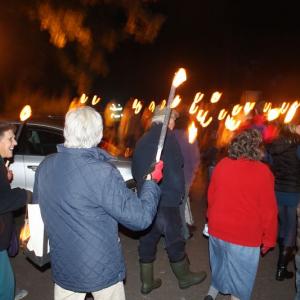 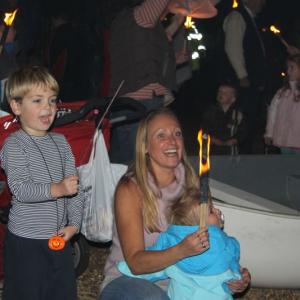 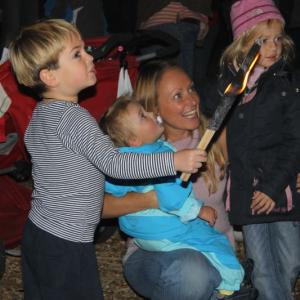 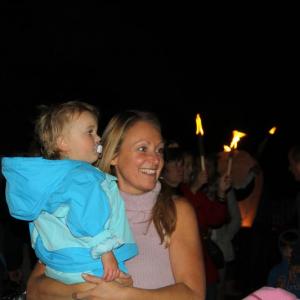 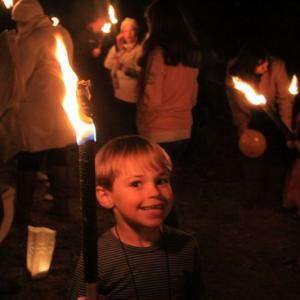 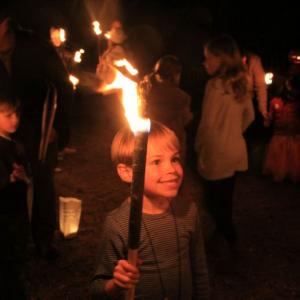 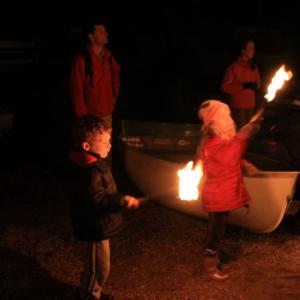 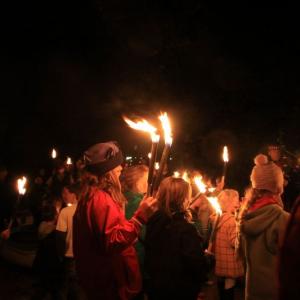 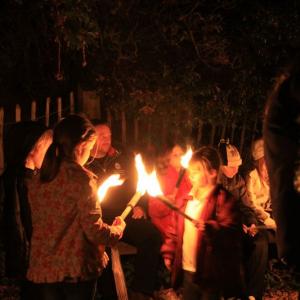 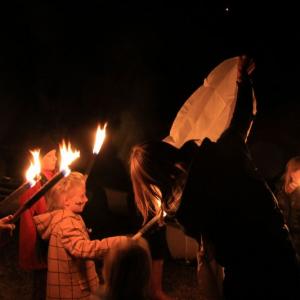 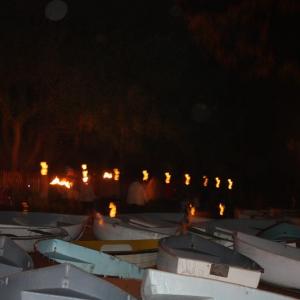 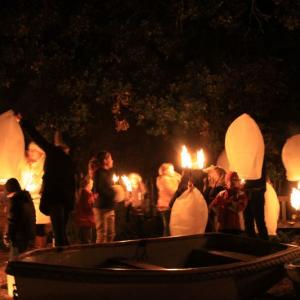 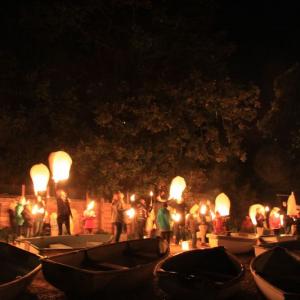 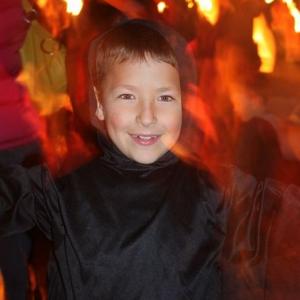 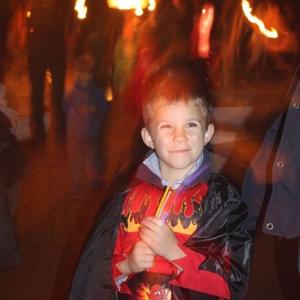 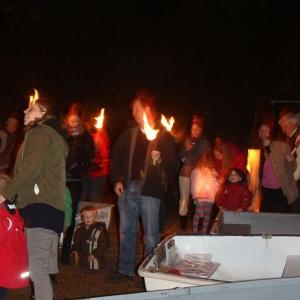