Last week saw the first fruit trees planted by a community group seeking to bring back orchards as part of Suffolk's rural landscape.

Villagers from Waldringfield, Newbourne and Hemley have come together to create a scattered orchard across the three villages. Groups of mixed fruit trees have been planted on various pieces of land that are accessible to the general public. Village residents as well as visitors to the villages are welcome to forage from the trees once they are bearing fruit, and later this year a website with all the necessary information about foraging from these trees will go live.

Over 30 trees were planted last week and the group aims to plant a total of 60 trees by the end of 2012 in celebration of the Queen's Diamond Jubilee.

A mixture of apples, pears, plums, cherries and cobnuts have been planted, most of which will eventually grow to be large trees on vigorous root stock. The group has worked closely with Suffolk Traditional Orchard Group, who promote the planting of traditional fruit varieties and in particular the delicious but currently rare Suffolk varieties. Varieties planted this week in Waldringfield include Dunwich Heath apple and Thorpeness apple which, as you can guess, originally come from those locations.

In Newbourne we planted several local varieties including Lord Stradbroke apple, Striped Beefing apple and Woodhall Pear, all of which can be found on the Village Hall site.

Most fruit trees available at commercial nurseries are grafted on dwarfing root-stock so that the trees will not grow too large for most gardens. These trees will only last about 25 years before they become much less productive and eventually die.

The trees that we have planted are mostly on vigorous root-stock. This means that they should last for up to 200 years. As well as providing fruit for humans, these trees are a vital source of food and habitat for much wildlife. Since 2007 orchards have been designated as a priority habitat for wildlife under the UK Biodiversity Action Plan.

The project has been supported by Suffolk Acre, Transition Woodbridge, Suffolk Wildlife Trust and Suffolk Traditional Orchard Group. If you would like to sponsor a fruit tree and dedicate it to someone you can do so for £20. This will enable more trees to be planted later this year. If you would like to be involved in the Autumn round of planting, or if you have ideas about locations for more trees please contact Mariah Skellorn at mariahskellorn@hotmail.com. 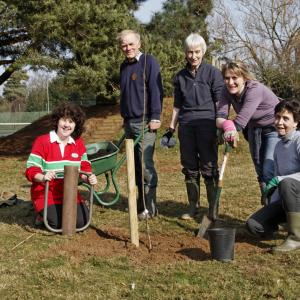 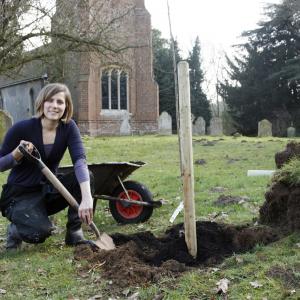 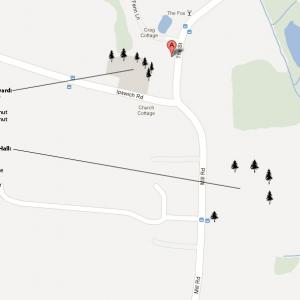 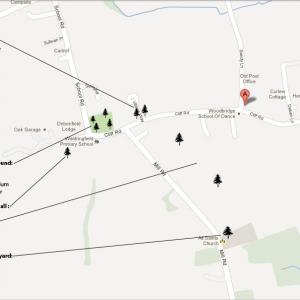